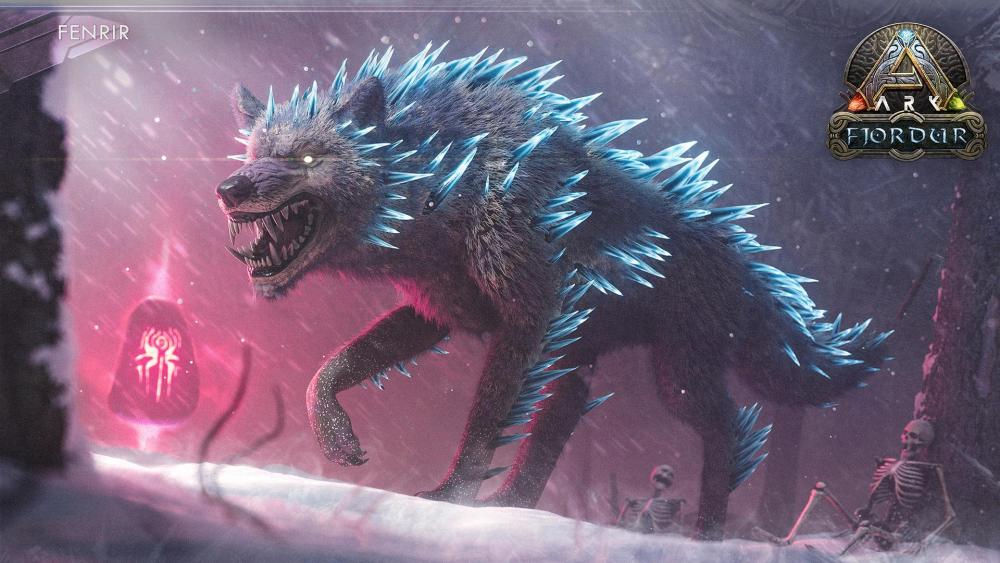 Much of what is known of Fenrir comes from tales passed down from previous Survivors but this elusive creature has managed to avoid being documented in the form of a dossier.  What we do know is: Fenrir does not respond to conventional taming methods. If you are able to capture and ride Fenrir, you’ll be able to freeze your enemies in their steps. 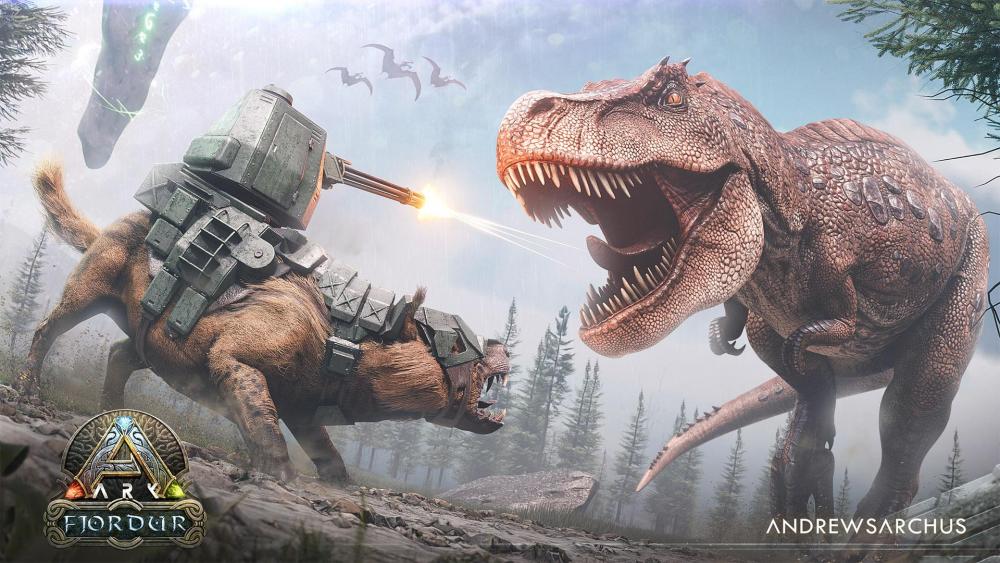 Andrewsarchus makes its way to Fjordur packing an arsenal of utility!  Andrewsarchus may seem sluggish while foraging for a meal, but they can move unexpectedly fast when provoked. Once tamed, its saddle will allow you to mount a minigun to the back of it! 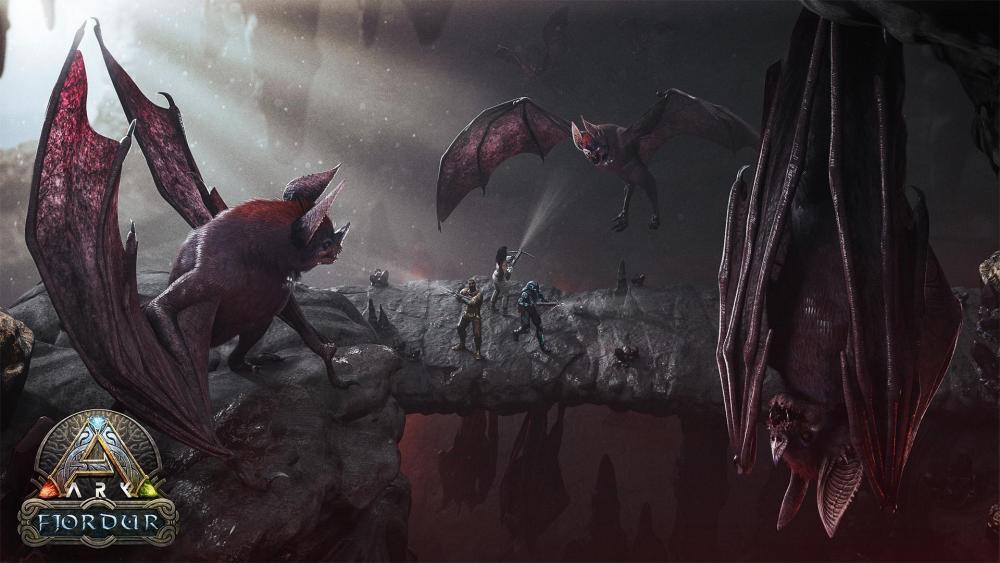 As you might imagine, Desmodus prefers to hang out in dark places, waiting for its unsuspecting prey!  If you’re lucky enough to tame one,  you can send Desmodus to snatch up small prey or saddle up and vanish into the darkness. 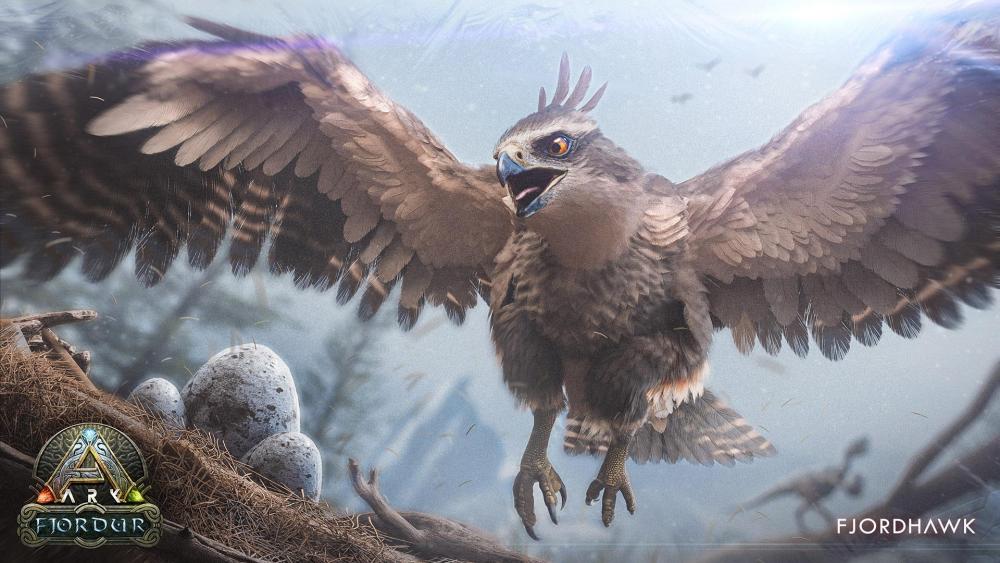 Looking to dive right into the action, Fjordhawk can forge close bonds with humans as wholeheartedly as any canine or primate.  A tamed Fjordhawk is a surprisingly playful companion that is very capable of fetching targets that you point out. A well-trained Fjordhawk can locate injured prey and communicate its find to you. 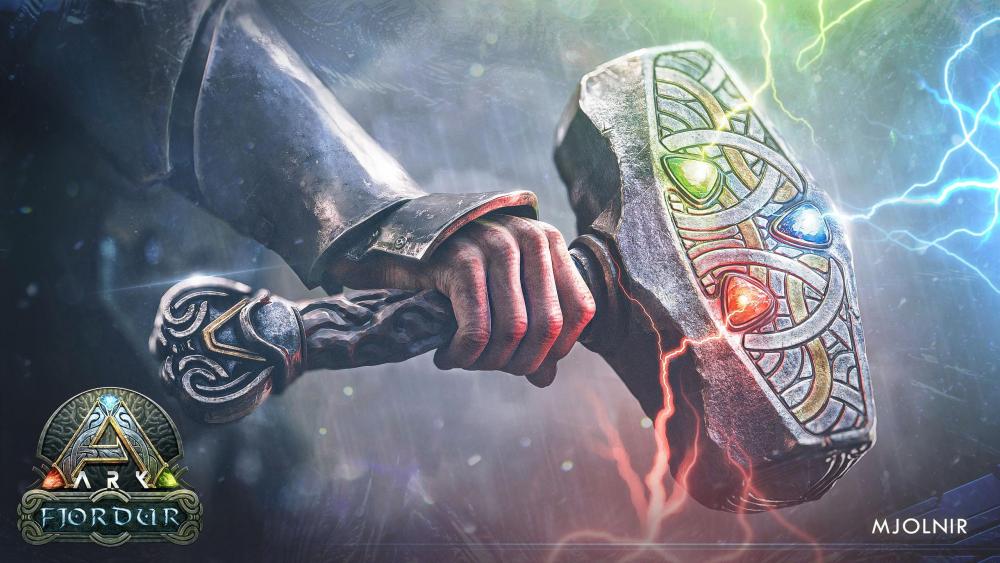 Acting as a functional weapon skin for the TEK sword, Mjolnir packs its own special powers and empowers Survivors with supernatural might. Devastate your foes with shocking ease as you exercise control over the element of lightning. However, not every survivor will pass the test and be considered worthy to obtain the mighty Mjolnir. Will you be up to the challenge?