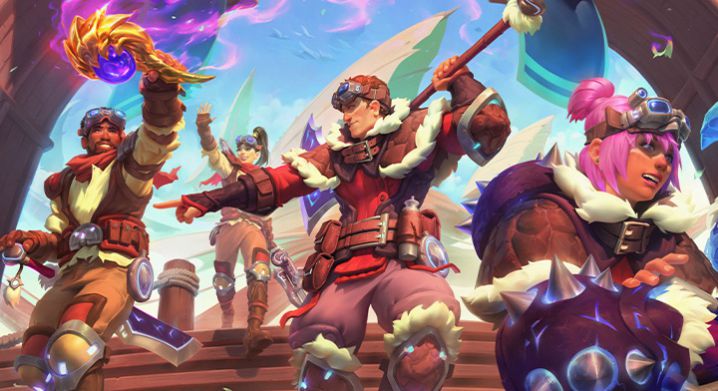 A new update has been released for Dauntless Update 1.87. You can find out all the details of the Game Update, Bug Fixes, improvements, and Patch Notes below. Dauntless Update 1.87 is now available for download, for all platforms, including PS4, PS5, Xbox One, Xbox Series S/X, and PC. The file size may vary depending on the platform.

The Lightbound Boreus is a moving mountain. The crystals that grow from its body bear a strange resemblance to the glittering caves on Conundrum Rocks.

A new kind of prismatic Boreus has appeared in the Shattered Isles. This radiant Behemoth is psionically linked to a host of smaller minions, but appears to have lost all its connection to frost aether. What’s causing these changes in Behemoth physiology?

Skilled Slayers can officially join the Adamant Fists — and earn a special cosmetic armour set by proving their discipline and dedication to the Scarred Master. Visit her in Ramsgate to begin a series of new quests.

Requires Milestone XII on the Slayer’s Path and possession of all Rezakiri and Shrowd armour to begin.

The ruins of Radiant Escalation have inspired many brave Slayers to search for more valuable relics across the Shattered Isles.

Strange things are happening in the Shattered Isles. Behemoths are changing. Aether is surging like never before. What does it mean? What can the Slayers of Ramsgate do in preparation? Work with Kat to investigate the cause of Behemoth variants and put an end to Behemoth evolution for good.

In Radiant Escalation, we’ve added legendary lantern amps that are only available when a particular lantern is equipped. While rare, these amps are extremely powerful and mix Escalation runs up in truly legendary ways. Pangar’s Shrine and Skarn’s Defiance are the latest lanterns to receive a corresponding legendary amp.