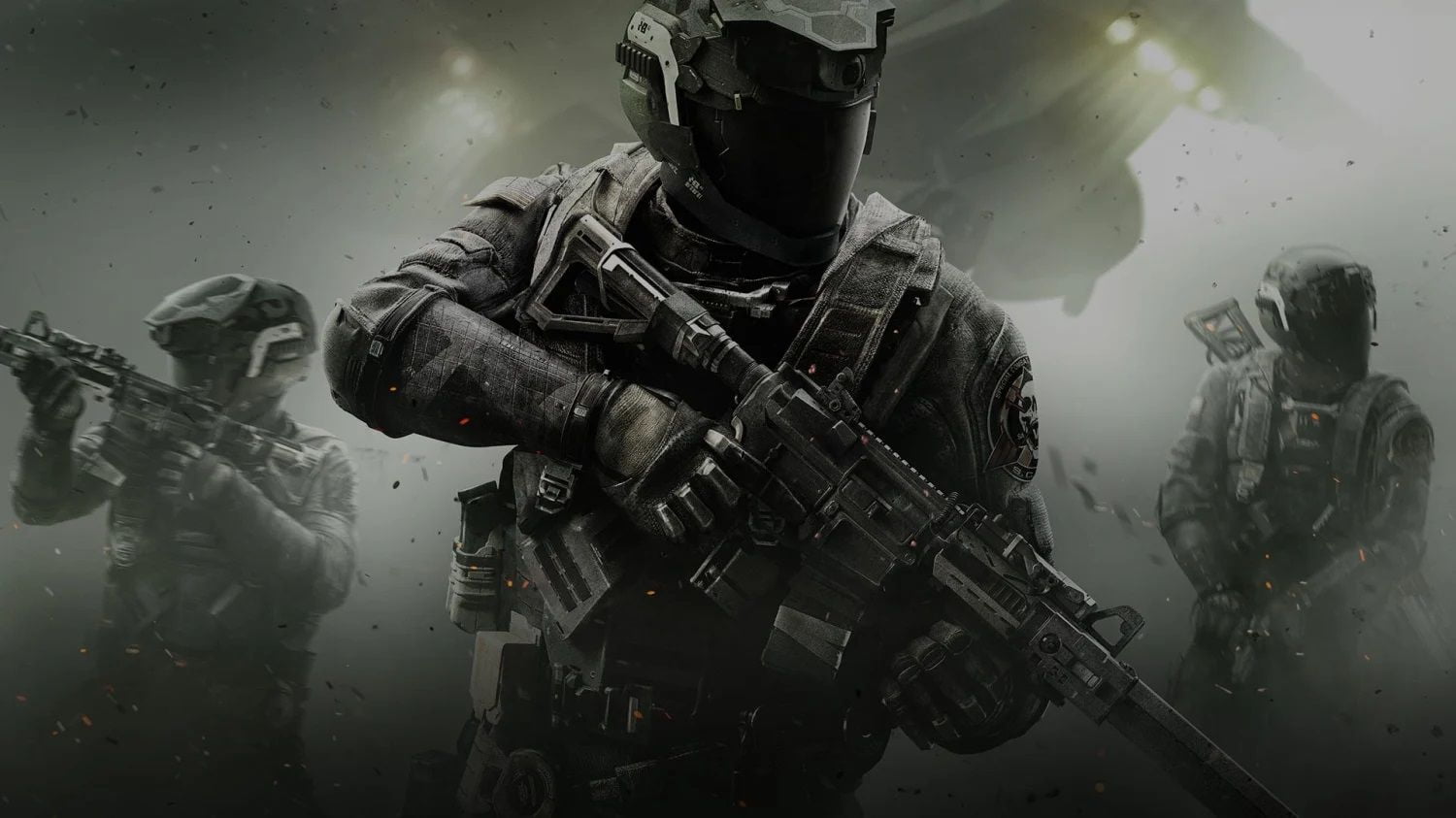 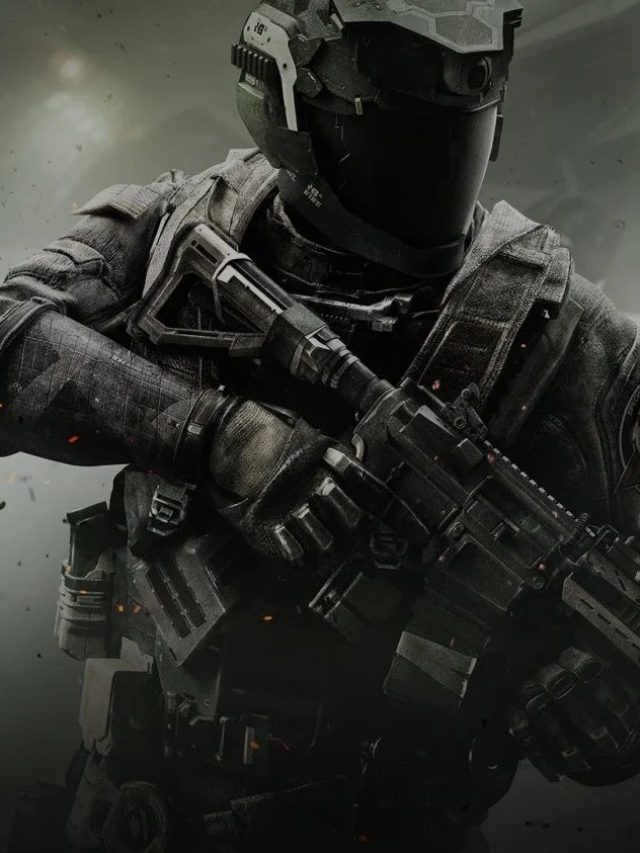 For regular updates about the Playlist and other Scheduled Events, check out the dedicated Warzone Trello Board.

This year could arguably be a strong one for Warzone solo players, with Rebirth Resurgence Solos being a fast-paced variant of the traditional Battle Royale free-for-all, and Caldera Clash being an awesome way to level up Weapons.

With Classified Arms Reloaded, Solo players will get another high-intensity limited-time mode and – as the name suggests – fight to become the Champion of Caldera.

This mode will feature 150 maximum Players and a single, continuously closing circle in a Battle Royale-style fight for survival.

All Operators will drop in with their Custom Loadout, a Gas Mask, and a single Redeploy Extraction Token. The item pool is slightly altered to emphasize equipment not normally found in Loadouts and rare Weapons. Collect Cash to visit an upgraded Buy Station, which features the Advanced UAV and even the Specialist Bonus for a hefty fee.

Most notably: kills in this game mode immediately refill player Health, Equipment, and Ammunition, incentivizing would-be Champions to play aggressively and eliminate the competition directly to have the best chance at victory.

Before we jump into the many changes outlined below, we want to share the key pillars that we have focused on for the Season Three Reloaded update. We believe this will help Players understand the design intentions behind all of the changes and how they add up to cohesively improve the core Warzone gameplay loop over the season ahead.

Each of the gameplay changes can be separated into 3 core areas of focus, with an overall emphasis on improved reasons to loot in the mid-game and creating new Player stories:

We fully expect this update to influence how our Players experience Warzone in a positive way. We are excited to see the new stories emerge from the community in the weeks and months to come. And, as always, we will be monitoring closely for feedback and finetune where necessary.

We are bringing in this new Perk from Vanguard that some of our Players may already be familiar with. Our internal playtests highlighted the counter to ranged engagements especially in large open spaces while still beneficial in smaller spaces. Serpentine creates a buffer between finding cover and it provides a boon to Players that rotate often in their engagements. The attacking Player receives clear feedback that their target countered their incoming shots with a Serpentine icon being displayed.

We have been really happy with the response to Perk Satchels being added to ground loot so we have expanded the list, alongside the inclusion of the new “Serpentine” Perk. We’re also bringing all of them to Rebirth Island.

Once Players have been to the Gulag, it can often be challenging to get back into rotation to stand a chance of going on to win. We wanted to give Players that rare chance of striking it lucky and finding a way to counter a previous loss that gets them back into the game.

We’ve enjoyed seeing how the addition of this new system has pulled Players into landing at POIs they otherwise wouldn’t have planned to land – so it is now available in Battle Royale game modes. We expect this to be a popular feature, both for promoting early engagement opportunities as well as late-game restock opportunities.

Warzone has had several Fast Travel systems over its lifetime, everything from Subways to Red Doors. With this new Underground Transit System on Caldera, we have leveraged all the learnings from the previous experiences to create what we believe to be the ultimate method for moving around Caldera quickly. 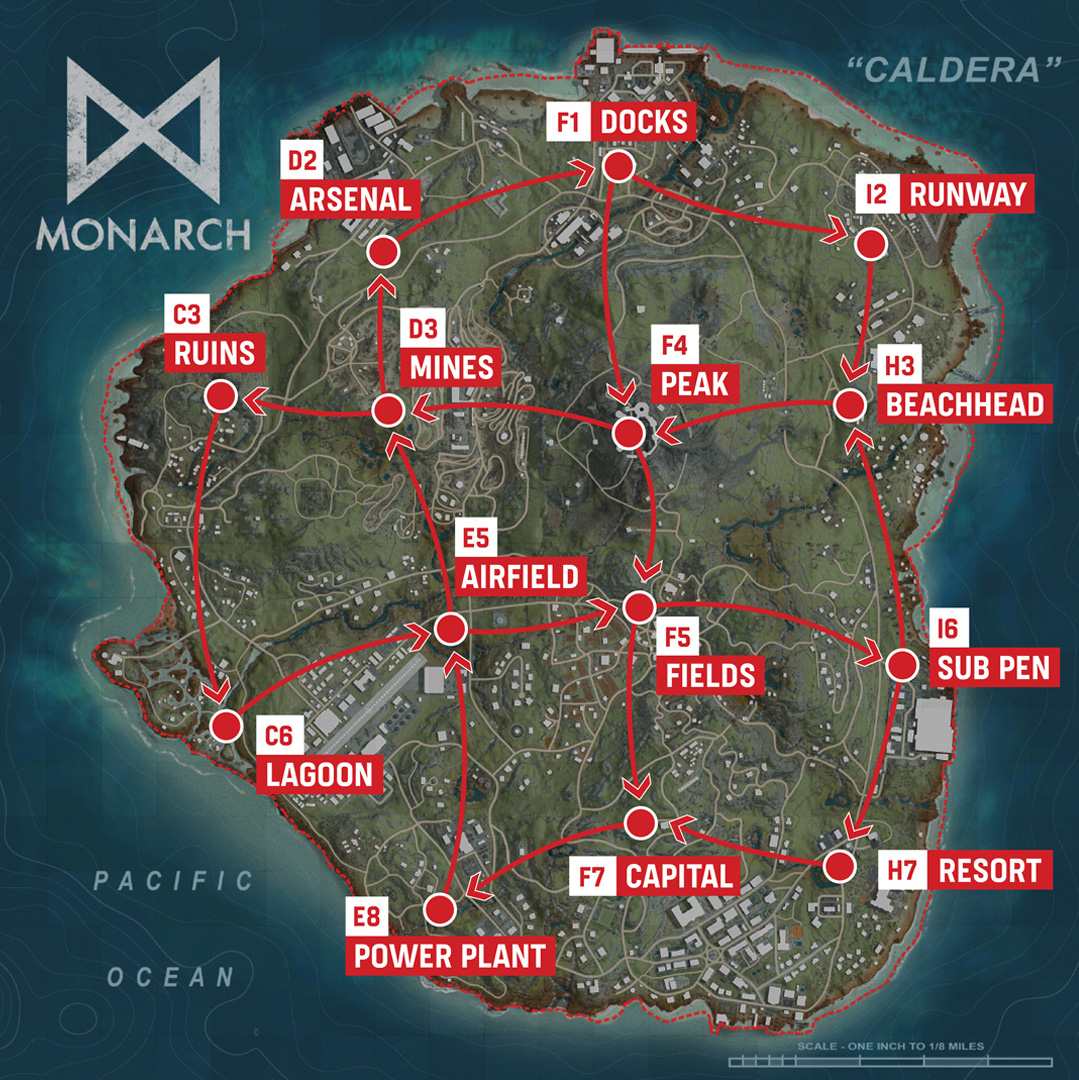 We’ve added the Speed Boost Power-Up from Clash into core Battle Royale, as we liked the advanced movement plays that it enables. Just like in Clash, this powerup is activated immediately on pickup so use this temporary speed boost wisely.

Movement represents an opportunity for memorable engagements and encounters. With “Occupation Scan”, we wanted to develop a Public Event where movement – or lack thereof – is core to the experience. This Public Event really brings Lethals and Tacticals like Gas Grenades and Molotovs into consideration – you can use them to flush enemies out of hiding to expose them on the Map.

We felt the downed movement speed needed a review, primarily to allow Players who get downed a chance to get themselves to a safer space to allow for a revive. This is a small change on the surface that has allowed for more interesting outcomes during internal playtests.

We have enjoyed watching the recent shift in the use of Tacticals where Stims have become more commonplace and offer new, high-skill plays. That said, the above are two areas where we have felt it necessary to finetune the balance.

We’ve really enjoyed seeing the response to our recent “infinite Gulag” LTM’s and wanted to bring an element of this across to core Battle Royale.

Similarly to the “Gulag Entry” token, we felt there was an opportunity for an additional rare item that allows redeployment on death – and that’s the role that the new ground loot item, “Redeploy Extraction” fills.

Upon review we felt that Self-Revives were too rare in ground loot for something so easily and readily available in Buy Stations so their chance of ground loot availability has been increased.

With the addition of new second-chance mechanics, we are very conscious of making sure the mid-game doesn’t feel unfairly claustrophobic compared to the current Battle Royale pacing. We will therefore be trialing a slightly reduced Player count across all core Battle Royale squad sizes. We will be carefully reviewing sentiment and data to make sure that the engagement pacing remains more or less in line with the current experience and that Players can still pursue new personal records.

We want to support Players being able to get back into the game. We felt that $4,000 was an often unattainable cost, especially at $12,000 for a full squad in Quads. This slight reduction should provide more chances for Players to more readily get back to a full squad.

Upon review, the death tax felt overly punishing, as well as making it tougher for Players to track how much cash they’d still have when returning from the Gulag. We are going to trial this new 50:50 split and carefully monitor the impact it has on the global cash economy.

We have been quietly working away on this change for a while and we are happy to finally be taking the wrapping off it! Players will now find a wealth of extra information on their Squads inventory to better inform of what you and your squad are carrying. Not only do we feel that this is a great QoL feature but it also supports cognitive accessibility.

The power of Weapon gunbutting has often resulted in it being favored over firing the Weapon or using a dedicated melee. This change shifts the balance of power so that gunbutts are considered a last resort. We’ve also ensured that this change is replicated in the infiltration experience when not at full armor.

We have observed an uptick in feedback that the Killstreak warning banner would occasionally block the Player’s line of sight during engagements. We feel the information provided here is critical to surviving an incoming Killstreak so instead of removing it entirely, we have adjusted the positioning.

With this quality of life change Players can now have full agency over their UI experience regardless as to what the host is doing.

With each update we continue to tune and balance across the board. With health increasing we have taken the opportunity to adjust the damage on most lethals to keep them in a space where they cannot be ignored.

We’ve seen the positive reception to the increased Player health in Battle Royale and we are now rolling this out globally across all game modes. Having a consistent core Health experience is important so that Players can develop trust in both their Weapons and their engagements as they play different modes and we are happy to now be rolling this out globally. Thank you for your feedback, which informed this change.

Each Weapon features more Attachments, enabling you to return to the field with a Weapon equal to a rare ground loot configuration which should help when recovering from an unfavorable position.

For a list of other known #Warzone issues, please check out our dedicated Trello Board.


The NZ-41 (VG) has fallen out of favor when compared to the competition, often due to its challenging recoil pattern. We’ve adjusted the curve so that it’s more logical in its movement, allowing you to predict and compensate appropriately. We’ve also taken a look at the velocity and range bonuses provided by Attachments and made significant adjustments so that the NZ-41 (VG) can compete with the best.


With the change to health pools, automatic and semi-auto shotguns were hitting a breakpoint where the time-to-kill remained the same as it did previously. This change brings these Weapons in line.


The Machine Pistol (VG), in its previous incarnation, was an extremely difficult beast to control effectively, often only used as an absolute last option. We’ve made a significant change to the kick intensity and recoil pattern of the Weapon and adjusted its damage profile to be a Weapon that is now something to be reckoned with.

Just like our Weapon balance, we are very conscious that our Operator meta plays an equally important role in the second-to-second gameplay health so this change was necessary.