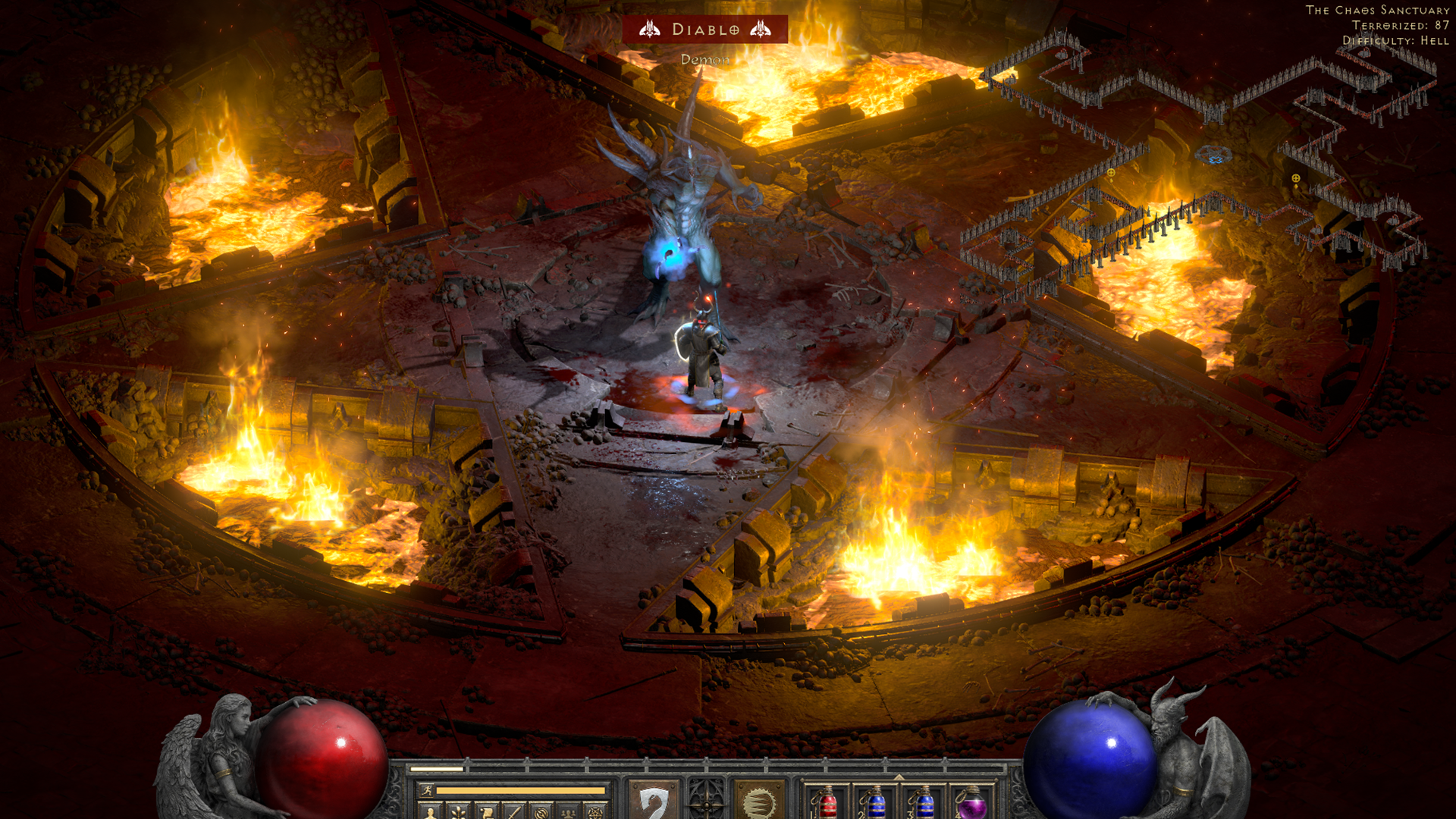 The journey to level 99 is a celebrated experience for players and quite the milestone if achieved—a rite of passage, even. We want the journey to level 99 to be accessible to a larger population of players, offer more variety other than repeatedly farming Baal, Diablo, and Nihlathak, and most importantly, remain challenging. This is where Terror Zones come in. As we get into details, please note that players can choose to opt-out of Terror Zones if desired.

To unlock the Terror Zones feature, you must defeat Baal per character, per difficulty using any expansion character—existing characters that have already fulfilled the requirements will automatically have this feature unlocked. Once Ladder Season Two begins, players will need to meet the aforementioned requirements to unlock Terror Zones for their new ladder characters.

When playing a Terror Zone-enabled game, every hour, diabolical tremors infused with the Lord of Destruction’s unwavering corruption creep into specific zones, emboldening the monsters within, and terrorizing them. The monsters in these zones will be at least two levels higher than your current level or their original level, up to a maximum per difficulty. The experience received and the loot dropped by killing a terrorized monster will be based on this new level—terrorized monsters will also grant additional experience points.

Here are the level details for each monster type per difficulty:

The base player level used for the above calculations are taken from the creator of the game. If the host leaves the game, a new player will be selected for the base once the next Terror Zone is announced. Terror Zone monsters will spawn at their new modified level or their original level, whichever is higher. Upon entering a Terror Zone-enabled game, you’ll be informed of the current terrorized areas through a message sent to you via the Chat Box. When the time for new terrorized zones draws near, you will be informed of the impending changes via the Chat Box.

In addition, you will be informed that you’re entering a terrorized area by several indicators: 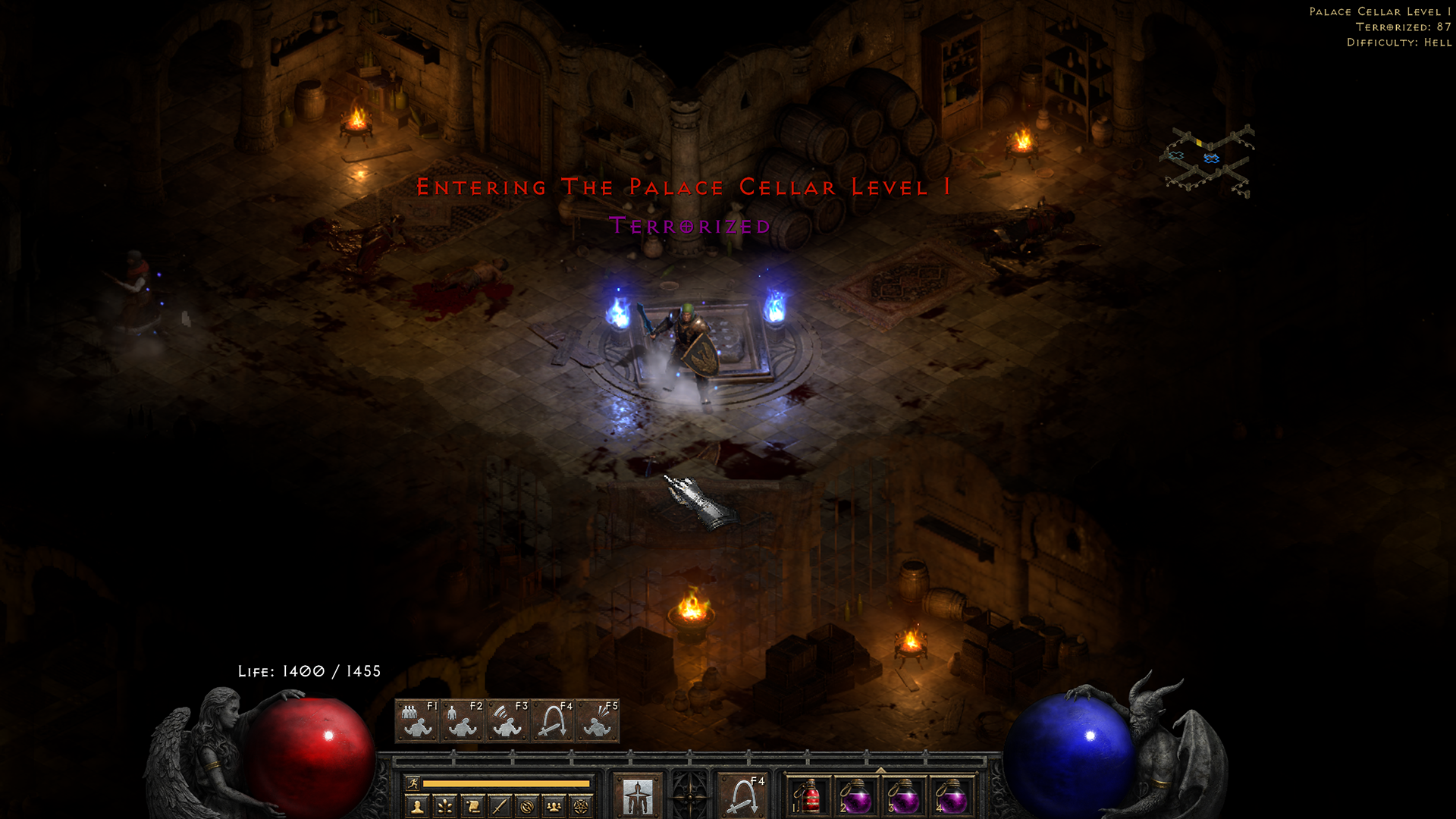 Waypoints have also received some changes to assist in locating the current Terror Zone: 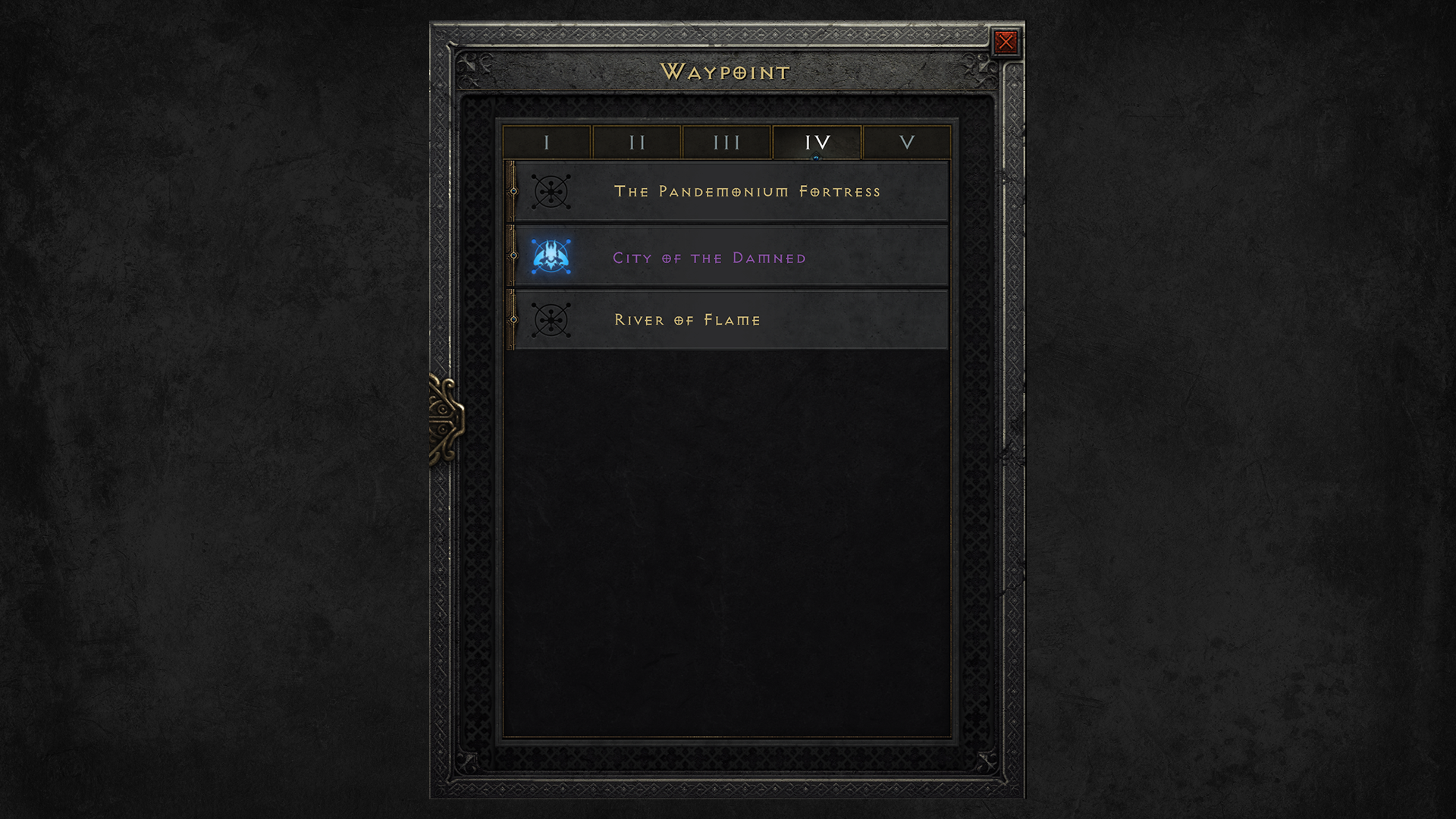 Here’s a complete list of all the zones that can become terrorized: 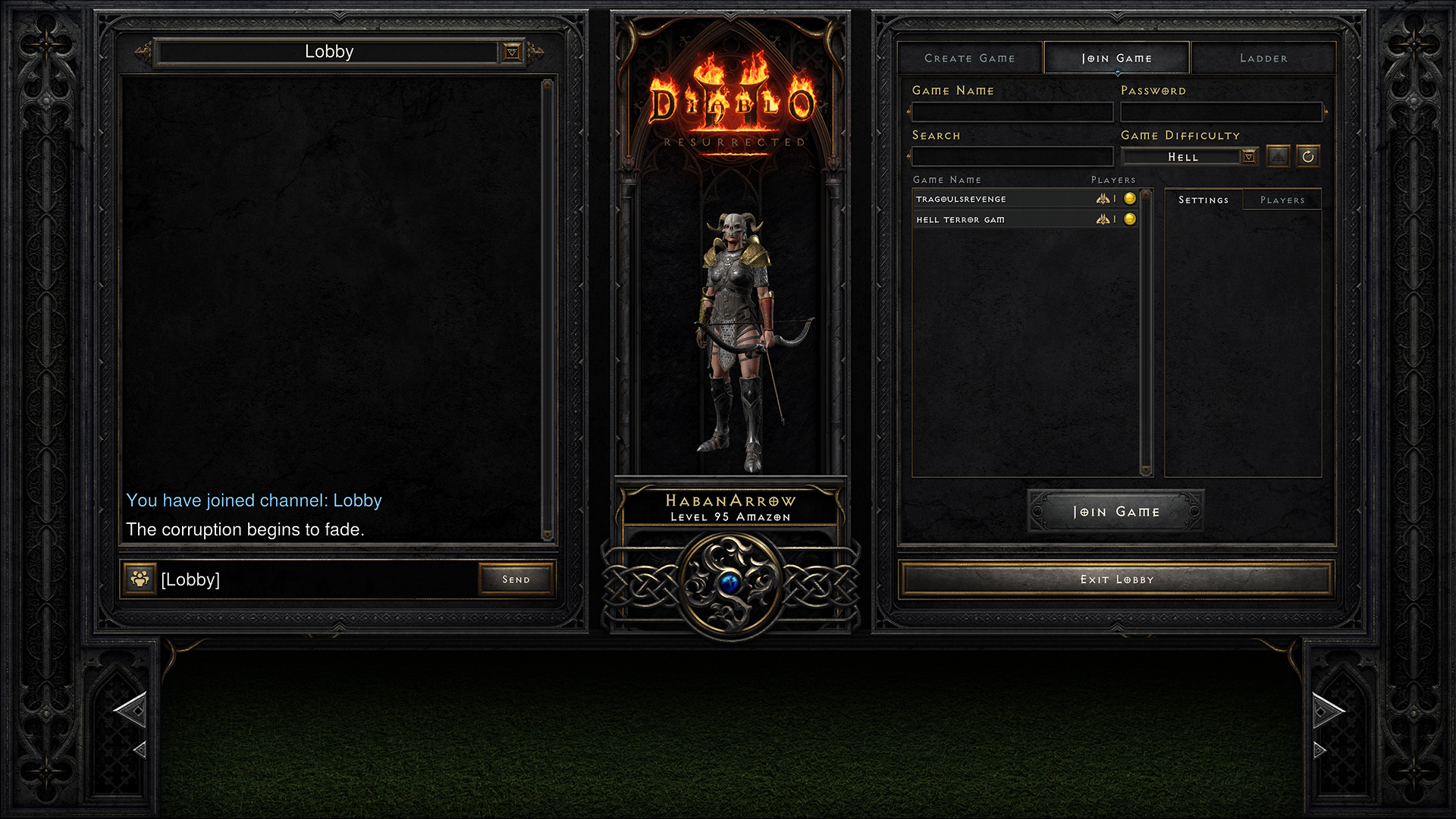 Our first Ladder Season for Diablo II: Resurrected has been an absolute success—adept heroes raced to save Sanctuary, some cementing their name on the leaderboard, but all of them striking fear into the tormented hearts of their demonic adversaries in the process.

Ladder Season Two will begin on October 6, ushering in a new opportunity for brave heroes to race to level 99 and amass powerful loot along the way. This will also be the first Ladder Season with Terror Zones! Can you handle the increased ferocity of the Burning Hells, or will you perish under their amplified might? We cannot wait to see how Terror Zones will influence the leaderboard, or hopefully, allow new players the opportunity to see their name on it for the first time.

We’ll also introduce six new Sundering Charms with Ladder Season Two, more information about these can be found in the next section.

As it was with the previous season, Ladder Season Two will feature four different modes:

For those new to Ladder Seasons, you might be wondering what happens to your Shared Stash loot once the current season ends. 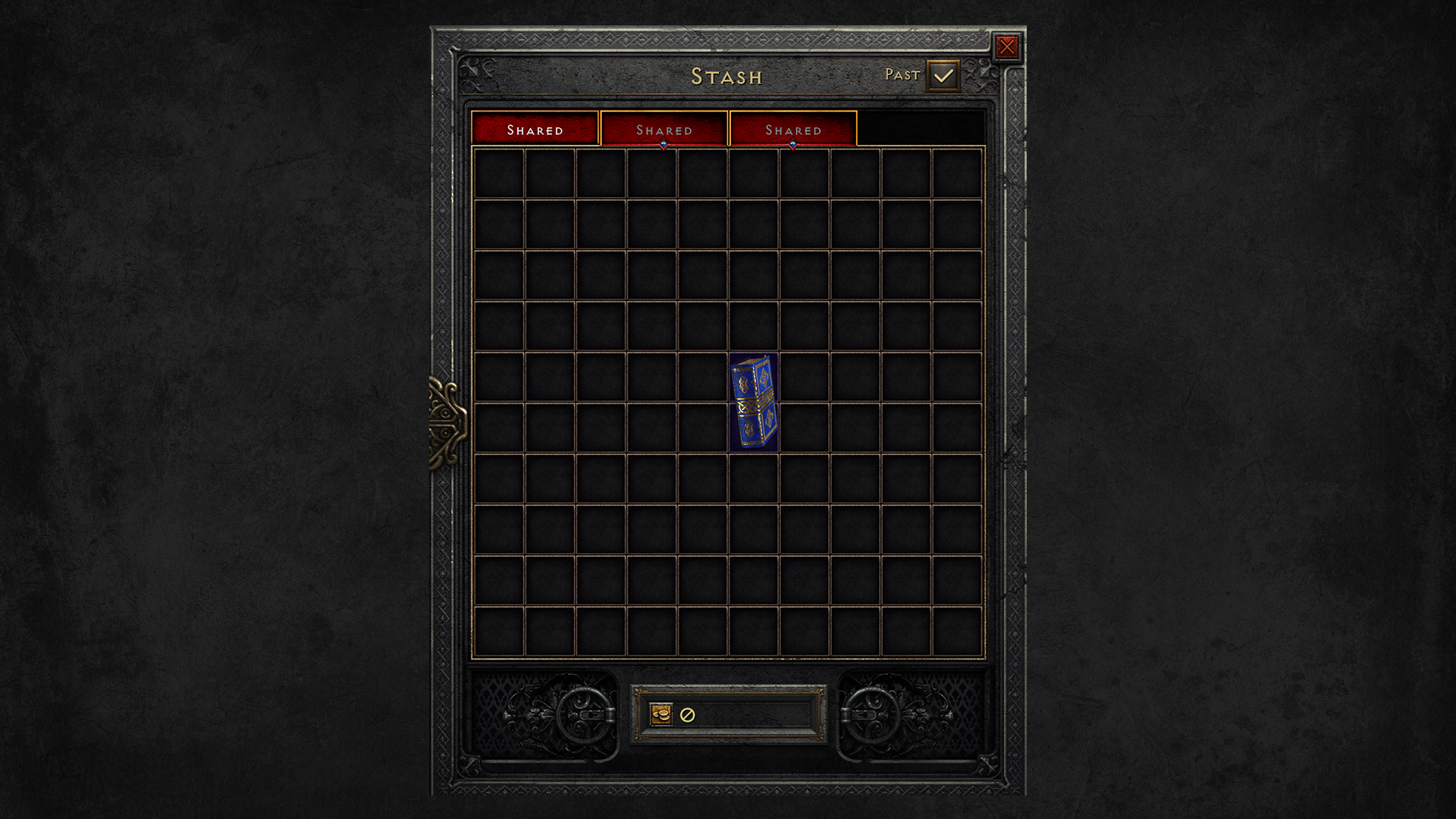 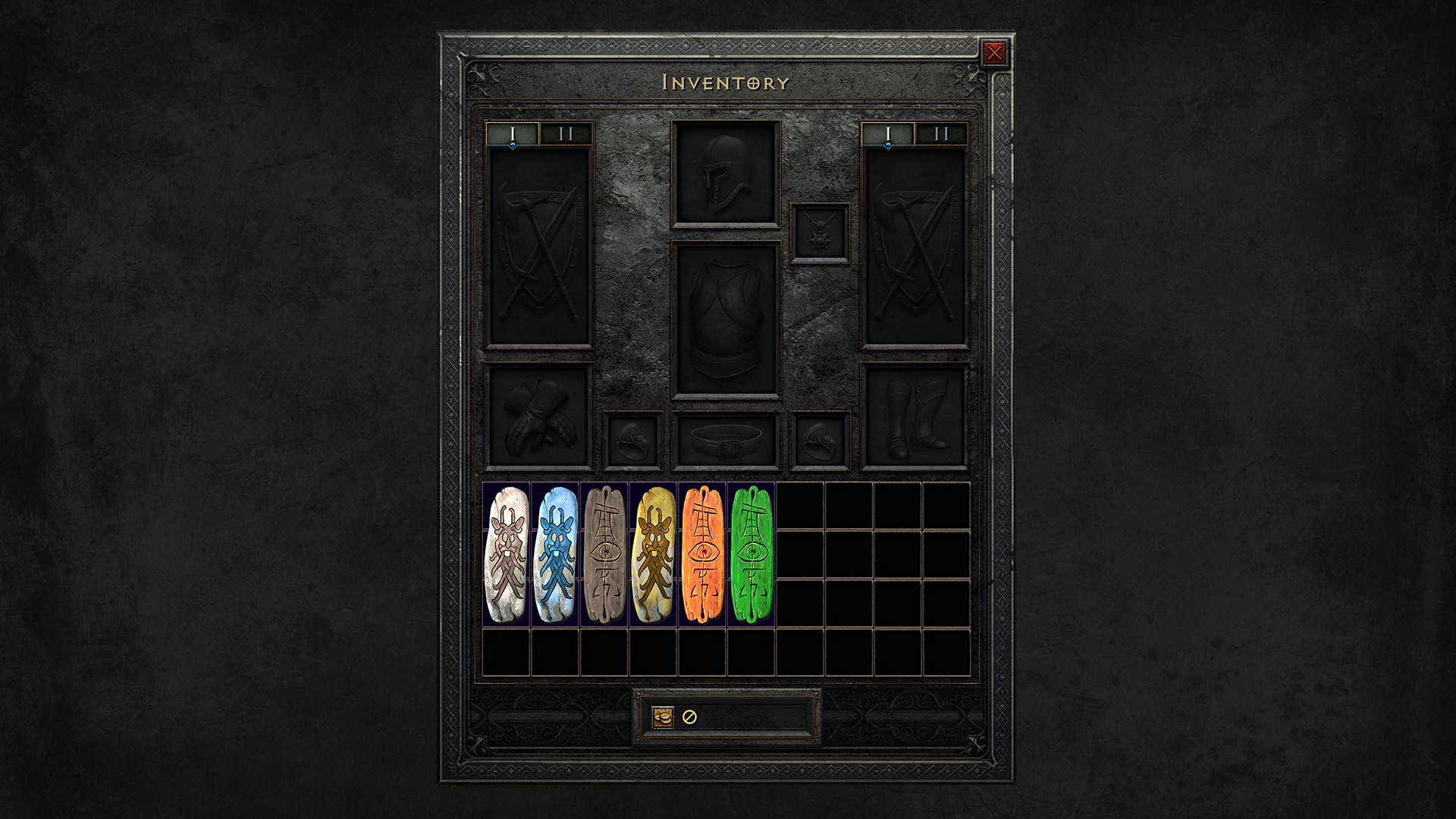 In Hell difficulty, many monsters receive resistance to specific damage types. If their resistance increases above 100%, that monster is then immune to a specific damage type. Because there are only a handful of ways to reduce a monster’s immunity, only a minute portion of hero builds can successfully farm all zones in Diablo II: Resurrected. We realize that this can create scenarios where certain builds are unable to take full advantage of the current Terror Zone, thus missing out on the experience gains, and most importantly, the fun of these zones.

To promote increased class build diversity, we have introduced six Sundering Charms that allow the player to break specific monster immunity types while the charm is in their inventory. Once Ladder Season Two begins on October 6, Sundering Charms will be a possible drop for new Ladder characters. These new unique charms will only drop from Terrorized monsters of Champion, Unique, Superunique, or Boss difficulty.

You’ll notice a new keyword below called Sunder. This keyword means that if a monster has immunity to a specific damage type, their resistance will be reduced to 95% regardless of what their starting resistance percentage was—breaking their immunity and allowing damage of that type to be dealt to them. Sunder is applied before other resistance reducing modifiers and only affects non-players. There is one tradeoff that comes with the Sundering Charms: while they reduce a monster’s resistance, they also reduce your resistance to the same element, allowing you to receive more damage of that type. The specific percent that your resistance is reduced by the Sundering Charm will vary per charm, so look out for the charms offering the most advantageous percentages to maximize your build. Any abilities granted by a Sundering Charm will also extend to your pets and summons, so keep that in mind as you upgrade your character.

The Crack of the Heavens

Developer’s Note: We have heard much of the community’s thoughts on how the new Sunder Charms work with the sorceresses Cold Mastery ability. Looking at the percentage of monsters that are cold immune, the trade-offs of having to gain and equip a new grand charm, and re-checking our damage output, we feel the current behavior of Cold Mastery is not significantly more powerful than many of the other abilities affected by Sunder and does not need to change at this time.

Some changes to save data have been made in “ItemStatCost.txt”. If an existing single player mod has edited these values, then their mod’s saves may become corrupted when migrating old saves to the new save version. It is recommended to create backups of existing saves before loading them.

Developers of existing offline single player mods can remake their changes with the new data, or they can add the new columns before merging.